Home » Blog » Why Are We Resistant To The Digital Assistant?

Why Are We Resistant To The Digital Assistant? About Plataine
This post is brought by Plataine, the leading provider of Industrial IoT and AI-based manufacturing optimization software. Learn more or get the latest guide on How Smart your Factory Really Is.

Remember when you first started using a GPS navigation system in your car? First time you used it, you’re thinking “Wow!” Second time, you’re thinking “Wait! I know my commute better!” and then suddenly you wind up in a massive traffic jam.

Come to think of it, it took us around a decade to trust navigation systems and overcome our old habits and concerns, didn’t it? Well think about this:  In how many other areas of your life have you been through a similar process?  Caught between the fear of letting go of your habit, afraid to secure the advantages of modern technologies? Well, manufacturing is no exception, especially with the rapid developments in Cloud Computing, Industrial IoT (Internet of Things), and AI (Artificial Intelligence).

So why are we still resistant to the digital assistant when it comes to Manufacturing?

There’s obviously the fear of losing control and taking a recommendation from ‘a system’. For example, a GPS system tells you “in half a mile, exit the highway” when you’re confident that you need to stay on the road… What that system “knew” is about an accident that you simply couldn’t have known about. A piece of information (or ‘data’) that the system picked up on, that could have saved you the agony of spending an hour stuck in traffic.

Well, in manufacturing, when an operator selects a certain raw material for a specific work order, he doesn’t have all the relevant ‘data’ needed to make that absolutely optimal decision, does he? On the other hand, a smart system, that’s connected to many of the factory sensors (and other systems as well) can consider an enormous number of data variables which the human brain simply can’t, such as material types, batch expiration dates, storage conditions, material remnants etc., and in a split of a second that system suddenly provides you with the right recommendation.

Another known concern is that technology might replace people and take away their jobs. Come to think of it, going back to GPS navigation systems and how it affected drivers’ jobs at courier companies for example, we didn’t hear about mass dismissals of drivers, did we? But rather companies improved their productivity and levels of services, meaning they became more competitive and eventually, more successful!

The rise of Industrial IoT

The same goes for manufacturing staff. The rise of Industrial IoT (Industry 4.0) and optimization software doesn’t mean that factory workers will lose their jobs, but rather, they’re likely to receive help from these systems, in the form of intelligent alerts from which help them select the right material for each job, perform tools’ maintenance at the right time, and optimally release jobs for production in shorter times, meaning minimizing bottlenecks.

Raw materials monitoring and distribution is just one example of how digital assistance can improve production in the here-and-now.  But more valuable is that, as time passes, more and more data about what’s happening – in storage, in production, out in the field – is collected and analyzed by these smart Artificial Intelligence systems, which help factory operators reveal patterns of work that eventually optimize the entire process.

Yes, there’s a reason why we fear losing control to ‘automation’.  We’re thinking, at the end of the day, it’s me – not the technology – that will be held accountable. Well, ironically, the exact opposite is the truth – with the right digital assistance, you’re gaining control, not losing it. Just try to imagine a FedEx driver nowadays reading a paper-held map (!) before moving on to his next destination… now you get why these factory workers are on their way to exceeding their performance? 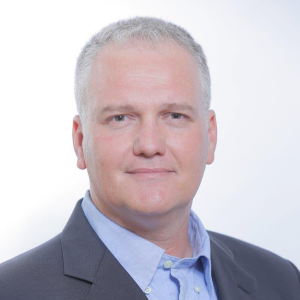 Amir Ben-Assa is responsible for global marketing and business development at Plataine. Over the past 20 years Mr. Ben-Assa directed marketing departments and the development and successful deployment of innovative technologies and solutions for the industrial sector. Prior to joining Plataine, he held various marketing and business development roles at RFKeeper, AeroScout (acquired by Stanley), and Tecnomatix (acquired by Siemens). Amir holds a B.Sc. in Mechanical Engineering from the Technion, Israel Institute of Technology and is a graduate of the Executive MBA program at Tel-Aviv University. A step-by-step journey: How this Aerospace composites factory optimizes production with AI & IIoT

Under pressure from global material and workforce shortages, the rising prices of raw materials, and the growth in demand, Aerospace composites factories today acknowledge the need for digital acceleration. They have started to adopt new smart-factory technologies in order to become more agile and effective, increase profitability, boost productivity and cut costs.
What do hyper automation and industry 4.0 manufacturing optimization implementation look like? This article reveals the step-by-step journey of an Aerospace composites manufacturer as it leveraged IIoT and AI to cut costs and boost profitability.

While the decision to implement an IIoT / connected factory / Industry 4.0 solution is a no brainer, choosing and onboarding the right IIoT provider and the right solution remains a big challenge.

There’s no better time than now to put together a digital transformation plan and start looking for the right supplier.

While the decision to implement an IIoT / connected factory / Industry 4.0 (or alike) solution is a no brainer, choosing and onboarding the right IIoT provider and the right solution remains a big challenge. Lean manufacturing is as relevant today as it ever was, but it is evolving. Meanwhile, digitalization is one of the most talked about trends in modern manufacturing, but in its goals – minimizing waste and maximizing productivity – it could be said to be an extension of Lean. In fact, at Plataine, we think that digitalizing your production line is only likely to be successful if all production line operators and managers think in terms of the Lean goals of waste minimization and productivity maximization. Before considering deploying a digital manufacturing solution, it’s vital to plan in advance. While the best solutions can be deployed with zero downtime, the process will still incur a significant cost both financially and in terms of training staff to use the new system. To lay the groundwork, you need to accurately calculate the ROI of your investment, and ensure that all stakeholders have bought into the concept. With full internal buy-in, the financial benefits are significant.

So how does it help my bottom line?